Aline Griffith was born in New York in 1923. She was working as a model in Manhattan when she was recruited by the Office of Strategic Services and sent to Spain to work as a spy. It was in Madrid that she met Luis de Figueroa y Pérez de Guzmán el Bueno, the count of Quintanilla and later of Romanones. He was heir to one of Spain’s largest fortunes and a grandson of a former foreign minister. They married in 1947 and had 3 children.

The Countess of Romanones quickly was part of the aristocratic elite and became known for her lavish house parties, attended by many world leaders and celebrities, including Ronald and Nancy Reagan, Jacqueline Kennedy, the Duchess of Alba, the Duchess of Windsor, Baron Guy de Rothschild, Salvador Dalí, Ava Gardner, Audrey Hepburn, and Grace Kelly, among many others. Her homes in Madrid, Marbella, New York and Caceres were as stylish as was her life. 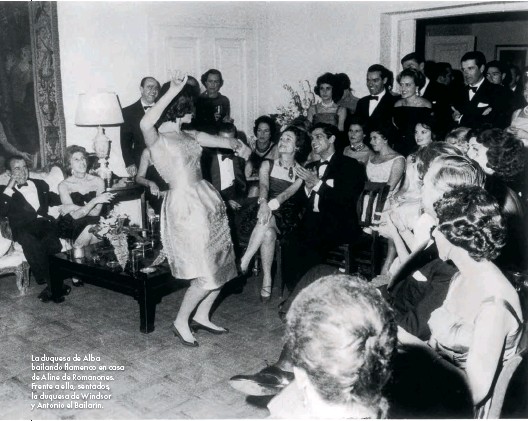 Cayetana, Duchess of Alba, dancing flamenco at Countess of Romanones’s Madrid residence. Aline was hosting a party for her friend Wallis,  Duchess of Windsor. 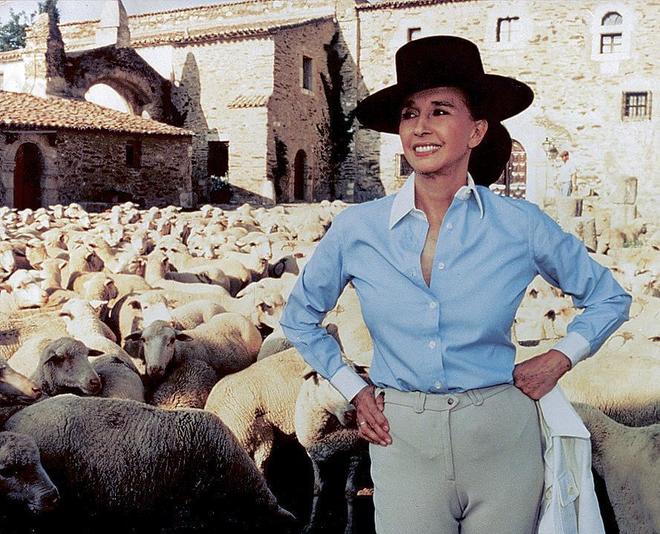 If I have to choose a favourite home of hers that has to be Pascualete,  the country state in the Spanish rural province of Caceres. This Finca had belonged to her husband’s family since 1232.She visited Pascualete for the first time in 1950 and insisted on giving life back to this, then abandoned,  farm.  Its rich history and unique ecosystem caught the Countess attention

‘I had the great fortune of discovering Extremadura in the 50s, what I saw then must have been very similar to medieval Europe. The time had stood still. There were thatched huts where the families lived around the fire; all of them dedicated their lives to farming and their work was carried out as it was centuries ago. They used to plowed the field  with yokes, the houses were heated with braziers and fireplaces … I remember the high straw mattresses. And the elegance of the people, who dressed in the traditional way with blouses and hats during the week, and black suits with precious handmade embroideries, on Sundays’

In a short period of time, they installed electric power system, built a landing strip and even created a carpet factory bringing weavers from the Alpujarras (Andalucia) to teach them the technique. However, it was never their intention to make Finca Pasculate a  pretentious home.  “It had always been a country property and that guided my steps when it came to restoring it,” the Countess said. And she succeeded.  From the hunting pavilion to the patio through the 16 rooms, every corner gives off a proper Spanish country style. She dedicated her life to preserving Pascualete’s culture and tradition passed down throughout centuries.

‘We renovated the house with the help of Duarte Pinto Coelho. We bought furniture from antique stores in Toledo, Córdoba and Salamanca, and everything we found was thanks to my husband’s good taste, because I was a disaster’

The Countess of Romanones not only gave life back to the interiors but also to the farm. Nowadays, Aline’s son Juan de Figueroa Sayn-Wittgenstein and grandson Luis de Figeroa manage the family business and the products that Aline and her husband shared with guests and friends for years, are now enjoyed around the world – Their award-winning cheeses are a must! 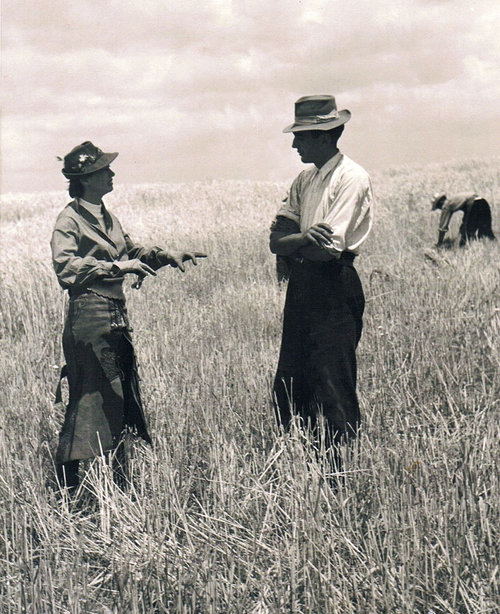 The Countess speaking with the harvesters 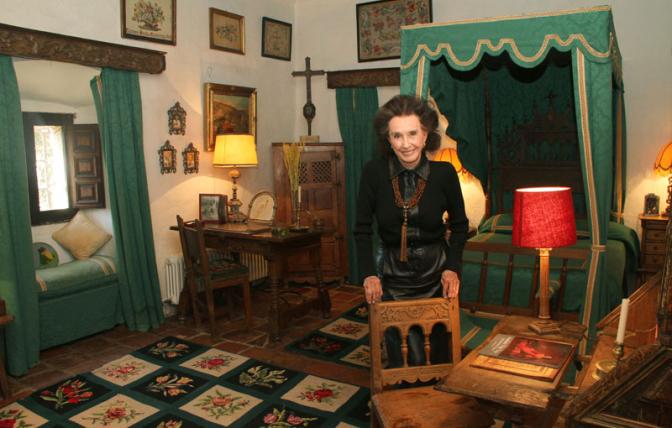 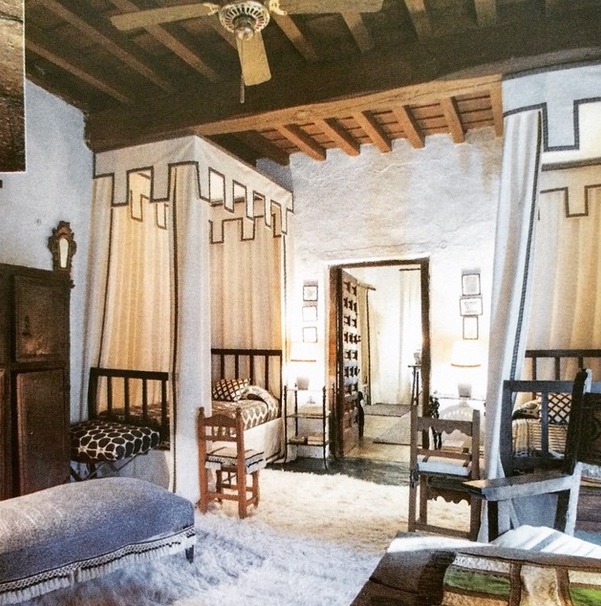 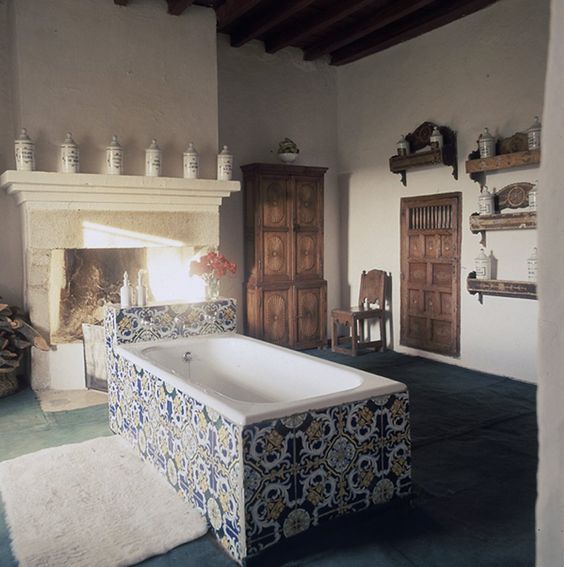 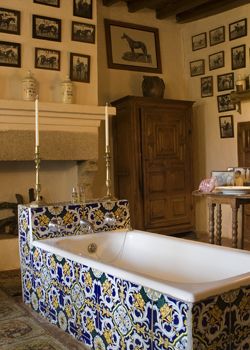 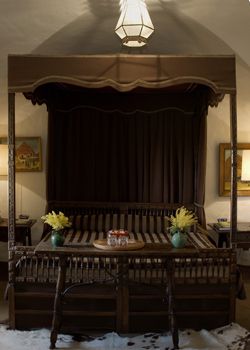 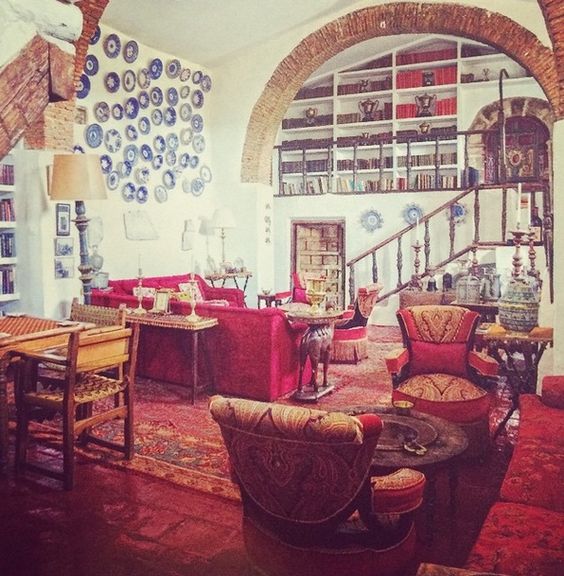 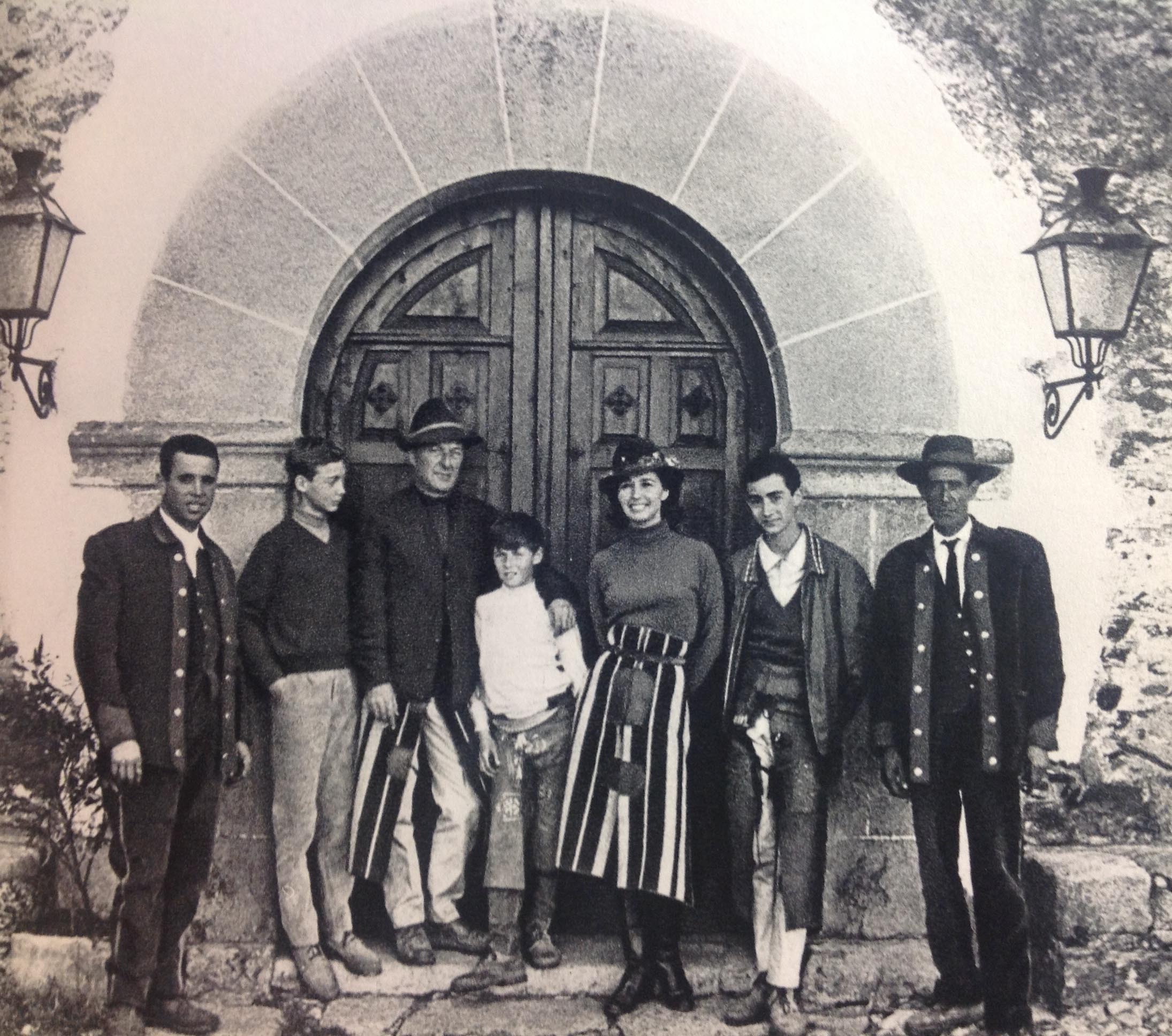 The Count and Countess of Romanones with their three children 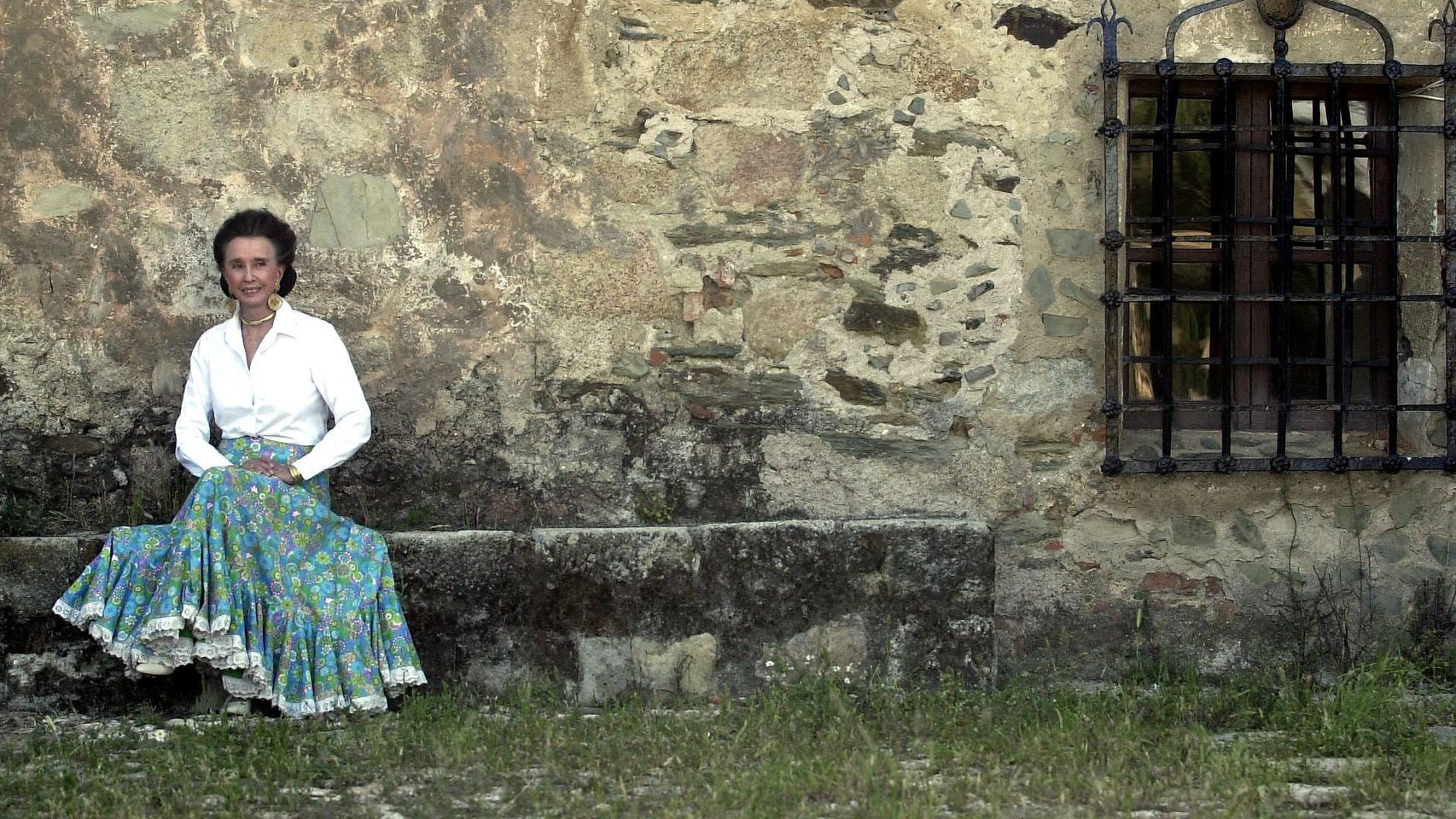 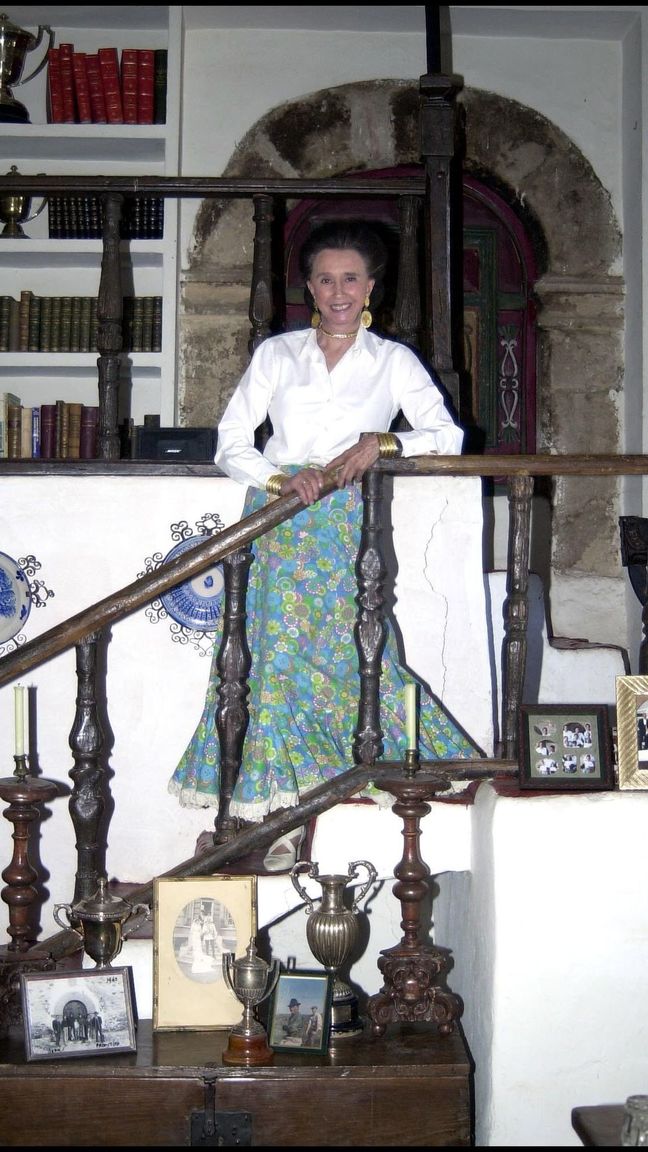 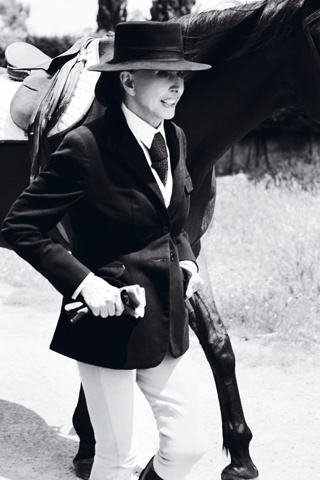 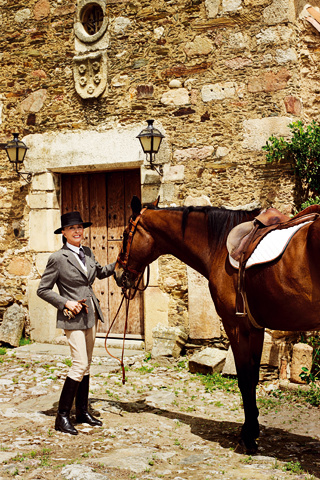 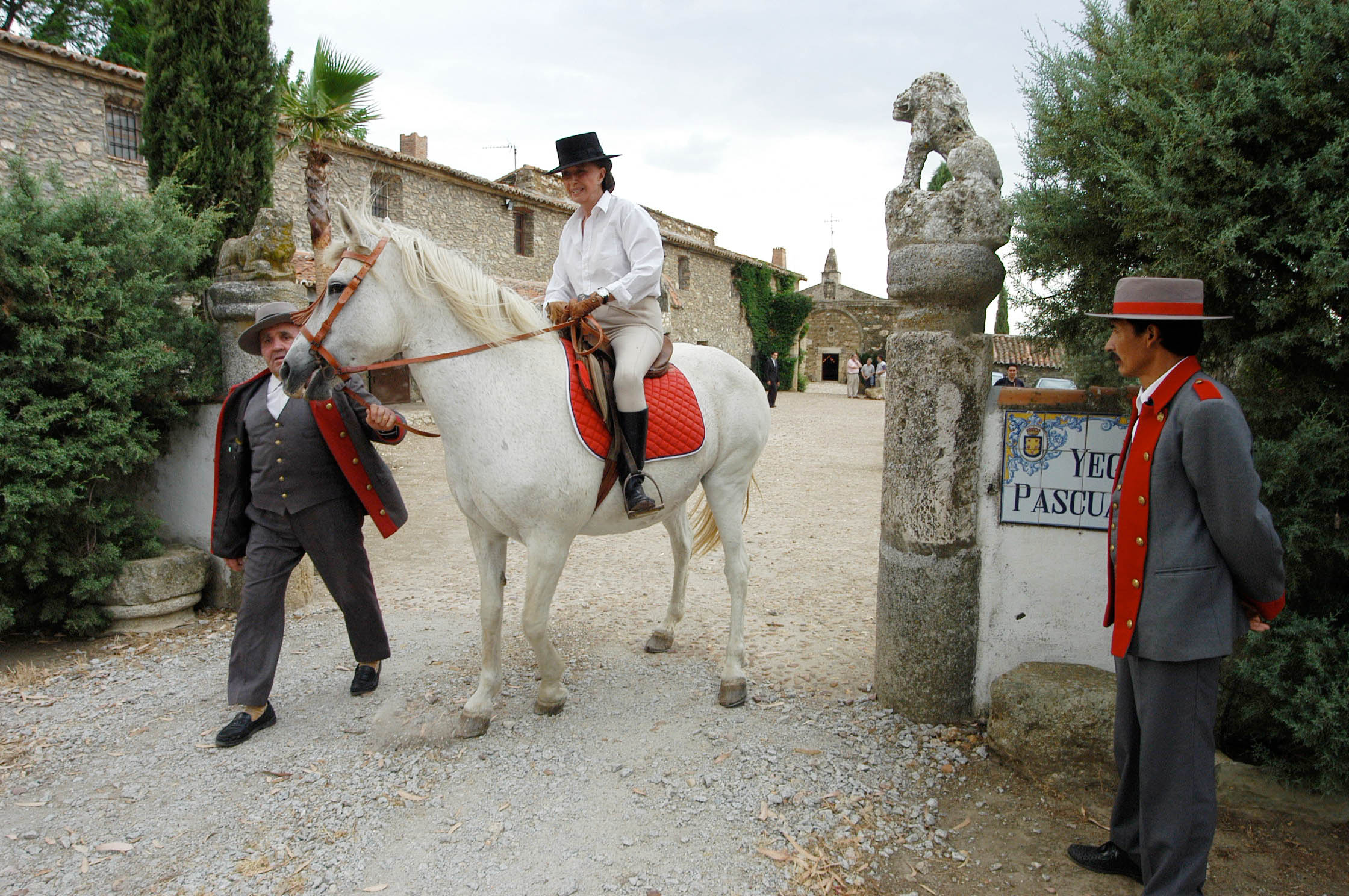 The following three images are from her pattern-filled  NYC apartment 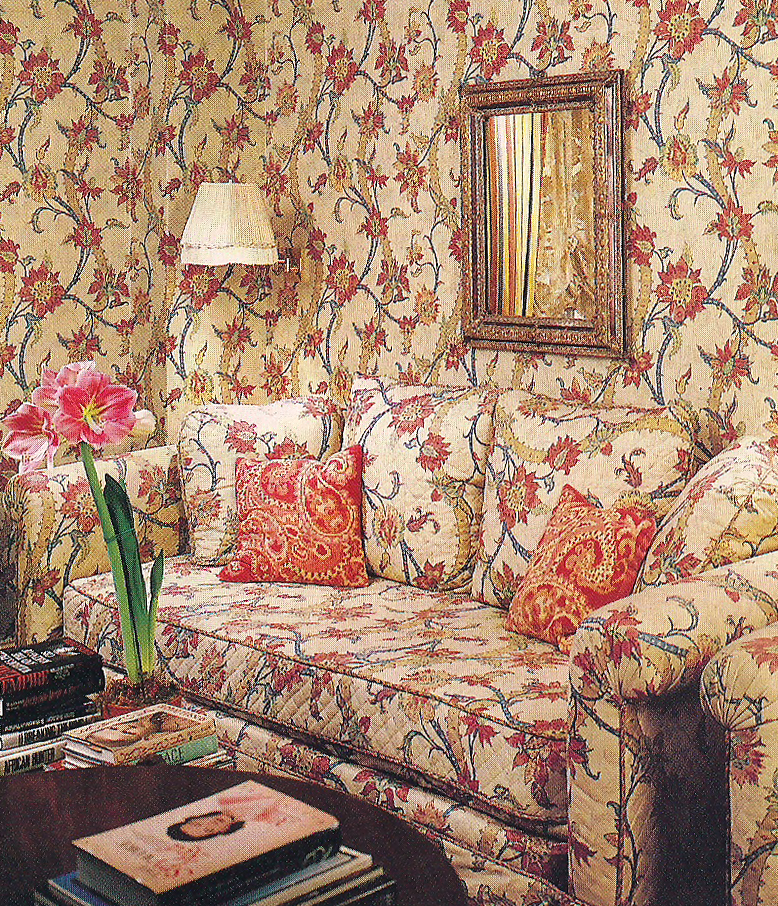 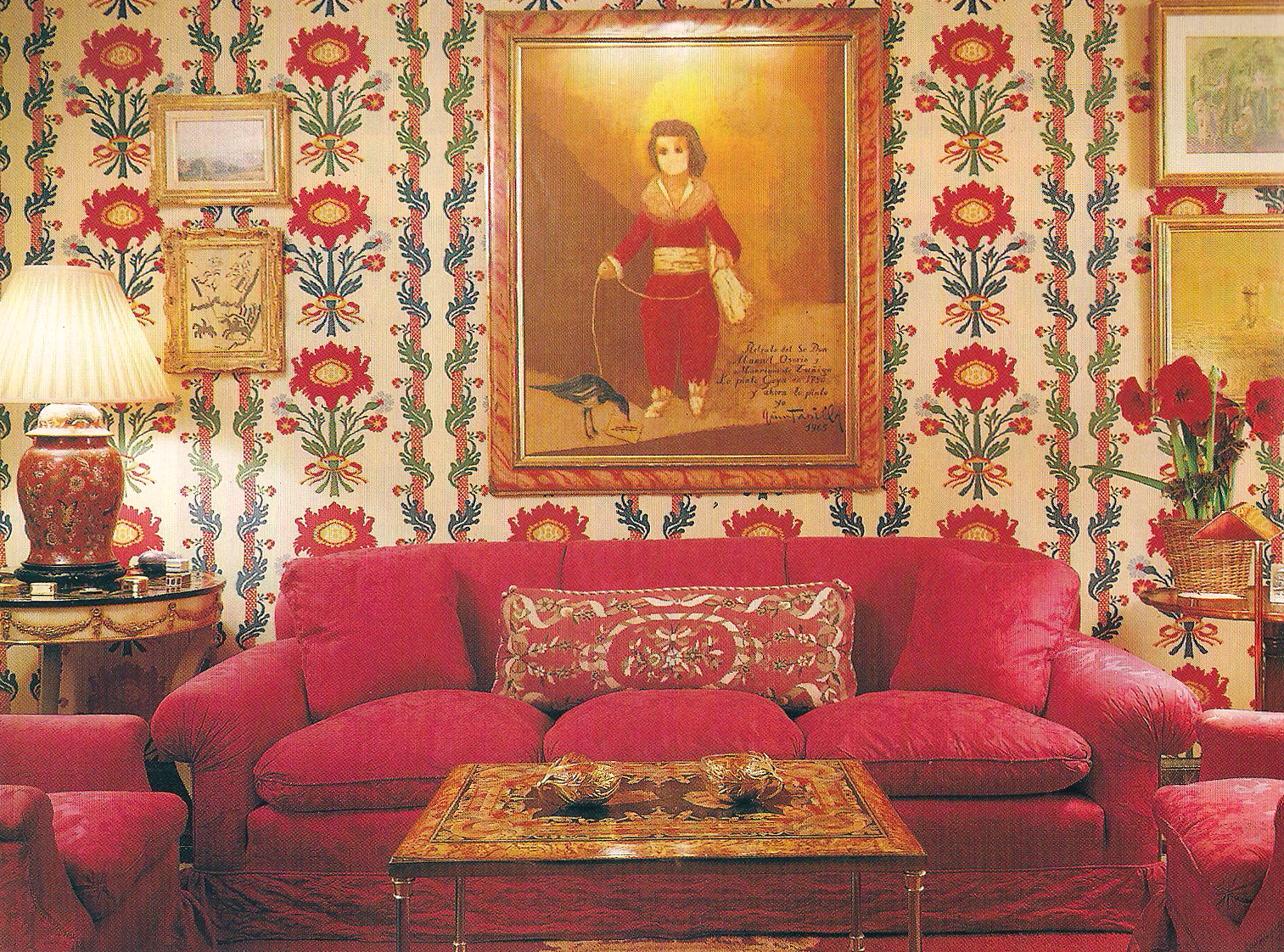 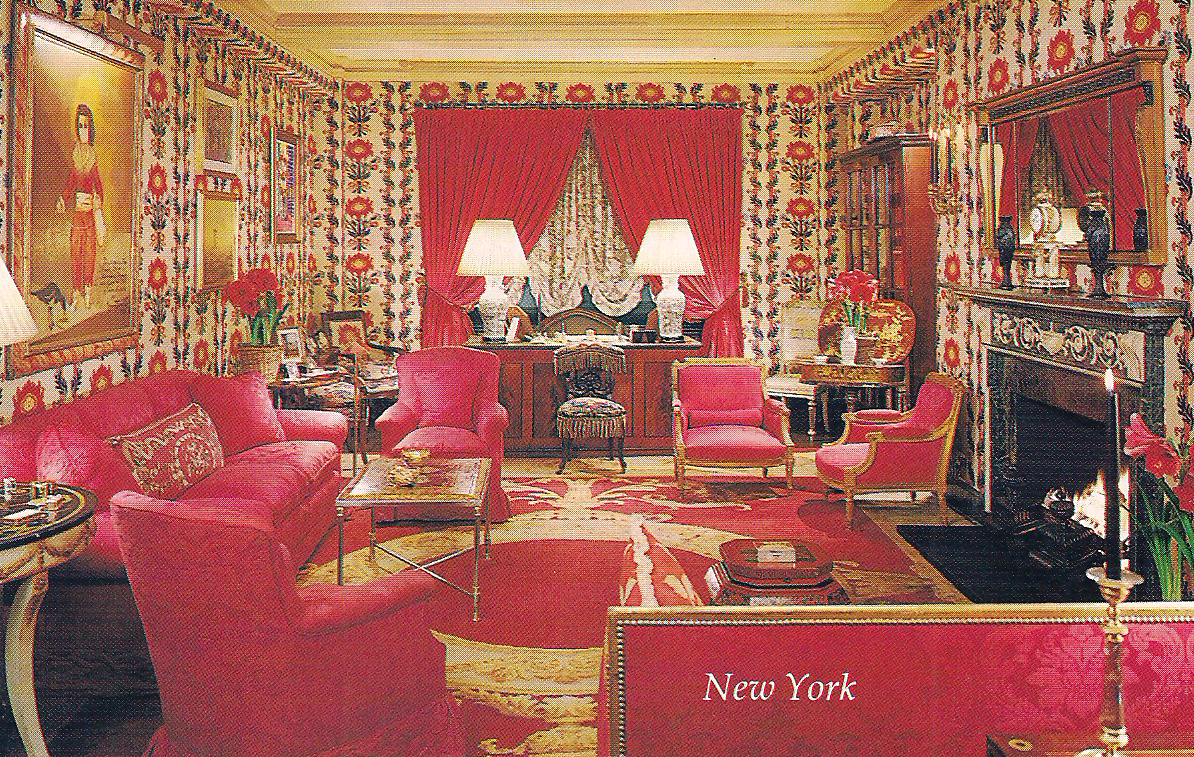 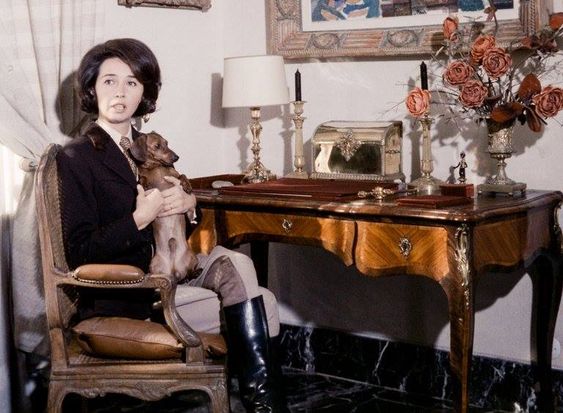 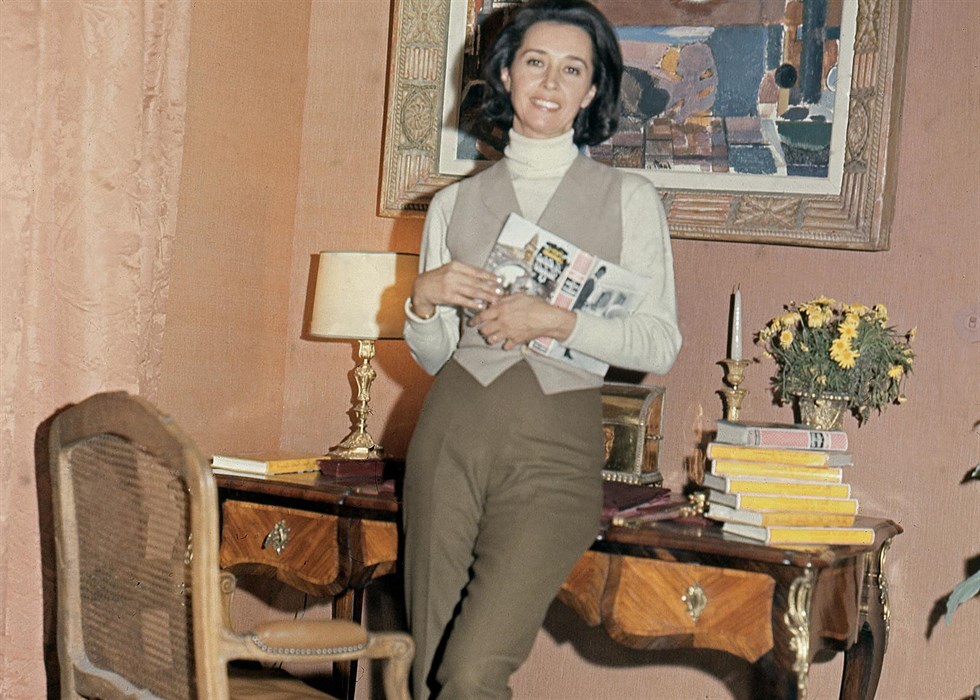 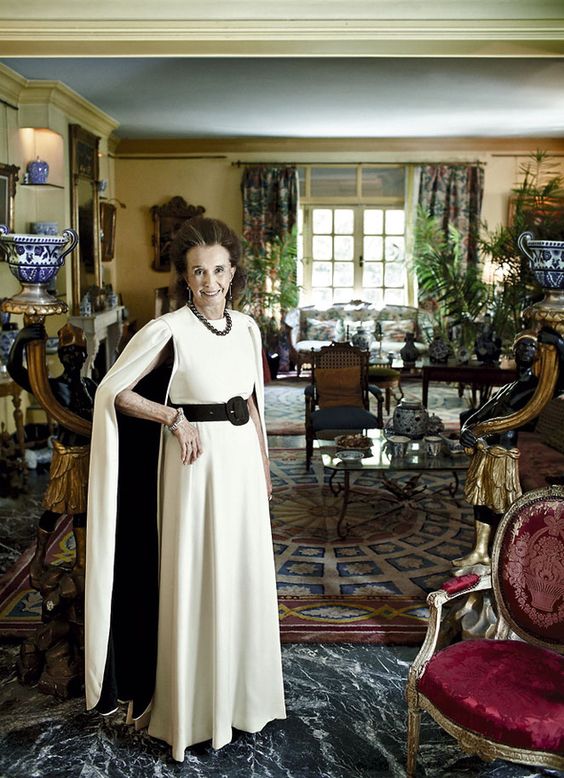 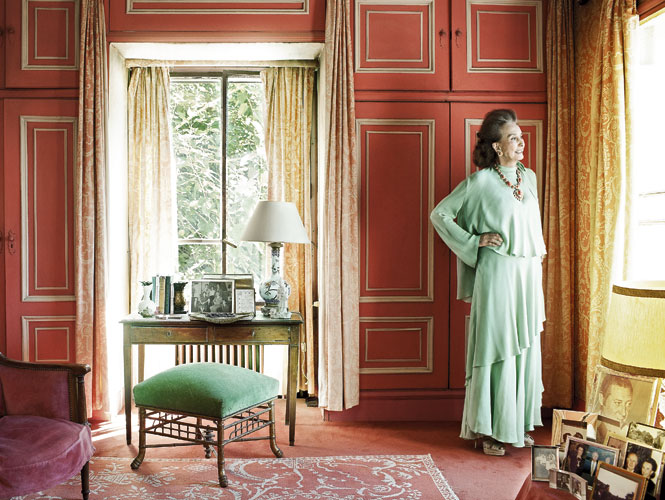 Topping my list of things to look forward to next

It’s all in the details 🧡 Pretty corner from

Sweet dreams are made of this 🌞Heavenly behind